Be on the look out for Habboxbury themed competitions and birthday fun across the site!

It's our 17th birthday! Check out all the treats we've got for you and win HUNDREDS of credits!

Our birthday badge event is here! Party with us and get TWO exclusive badges!

Ever wonder what happened to 2010 X-Factor finalist, Wagner? Well.. We can reveal that he now spends his time managing his own Facebook page, where he makes and sells personalised videos for fans.

Assistant HabboxLive Manager, MikeyFusion decided to send the long-haired legend a message on the page, asking if he would be kind enough to do an exclusive interview for HabboxLive. We were informed that in exchange for some answers from Wagner, we would need to part with £200 of Habbox’s funds. That’s right. Two hundred pounds for an interview. Man, I wish I had Wagner’s voice so I could be on fixed rates like that for interviews!

Mikey had earlier promised listeners of the HabboxLive Chatathon, that he would try to get Wagner to appear on the show. Continue reading for more on this exclusive insight into Habbox’s exchange with Wagner!

FlyingJesus (or ‘Merry Barry’ as he likes to call himself) has once again put on a show-stopper of a baking competition for Habbox Forum members! You may recall that a few weeks ago we were tasked with creating some beautiful cakes (click here to see all the beautiful entries from that round). It was announced that task two would be all about cookies!

Over at our forum, Assistant Events Manager FlyingJesus (aka Mary Berry) has been running a baking competition! For the past two weeks, our members have been tasked with creating the best cake(s) they can in order to be crowned the winner of task one in the Habbox Bake Off. There is still time to enter, however as the deadline is today!

You can check out all of the entries so far from sponge week by clicking ‘read more and comment’ below, but just to make you hungry for more, here is lawrawrrr’s entry! 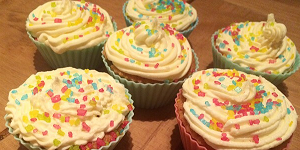 Habbox In The Park has arrived once again! It’s time to get on your wellies, pack up your tent and head down to a field with little signal! This comes exactly a week before the start of our annual Habbox Summer Spectacular event, which begins on Friday 12th August.

Get yourself down to our very own festival from today until the 7th August and have some fun whilst checking out everything we have to offer you! Whilst there you can sign yourself up for HxSS, dance your pixelated socks off, enter our competitions and find out more information about all our departments! Each department has it’s very own booth where you can talk to managers and maybe even become Habbox staff! Be sure to come and give articles a big hello! There are sure to be plenty of events going on too, where you can win some fabulous prizes.

The fun starts at 12pm BST today and you can enter the room by clicking here.

Want to become articles staff at Habbox? Simply drop Articles a private message on our forum stating you would like a trial!

Do you enjoy writing about things that interest you? Do you have a particular hobby or passion which you could write about? We have the perfect opportunity for you! At Habbox, our articles department provides the community with a variety of articles. Whether you’re into music, television, politics, sports, celebrities, soaps, Habbo, debates or you just enjoy writing, at Habbox you get the chance to show off your creative side and share your content with the community. Continue reading to find out more about how you can become articles staff at Habbox and get your articles on our site!