Want to design our Christmas help desk? Get your creative juices flowing with our latest design challenge! 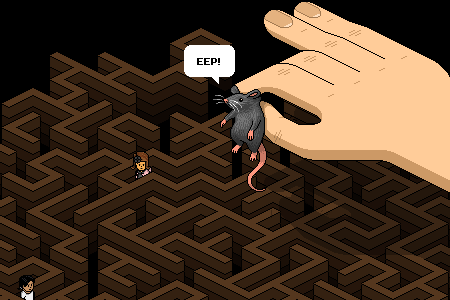 Check out our wiki for the latest Habbo 2020 updates, releases and news - updated daily! 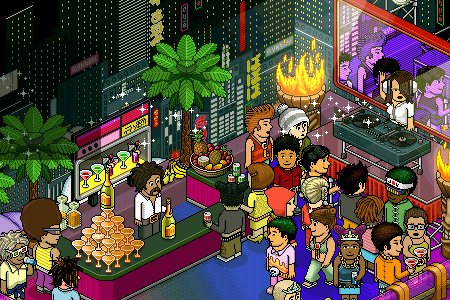 Whether you're a music fan, a writer, a builder or designer, we've got roles for you! Apply now to join our friendly & active staff team.

Hey everyone! This is a new style of article (which will hopefully become a weekly thing) where I interview Habbox managers and staff and they give me insider information on improving your chances of having your applications accepted and joining a Habbox department. So if you really want to join a department but are worried that you’ll be rejected, read on to discover how to eradicate those fears!
This week I’m lucky enough to interview Habbox’s Content Manager: Expling (A.K.A Tommy)
—————————————————
Hey Tommy, let’s start off with a little explanation of what Content Designers actually do.
Hi Charlie! Content Designers keep the sites up to date with relevant information to keep everything as accurate as possible when users are browsing Habbox.com and HabboxWiki.com. They are expected to do either 3 site edits or 10 wiki edits per week, but I should say I’m not normally strict on minimums and so I only tend to warn those who don’t make any edits in a week. I always think a little effort is better than none at all!
If a Content Designer wants to go above and beyond the minimums, what would you suggest they could do?
To go above and beyond, they could edit more and especially edit things people forget about. For example there are lots of images on the wiki that people tend to forget about and it’s so nice to log in to see that someone took the time aside to edit those images and make sure theyre all in the correct categories.
I also love it when people take the time to communicate with others in the department and try replying to forum threads, advertise the department and the wiki or advertise that applications are open. I really appreciate it when people offer their ideas to improve the Content department, when they help with events, or make guides for the other staff and help newer staff settle in.
What message would you give to people whose applications aren’t accepted first time?
Well I normally talk to each applicant individually anyway and I tell them why their appication was not accepted, what they can do to improve it and maybe an example of a good reply to the questions they didn’t do so well on. Then I’d give them the opportunity to try again and remind them that they can still get involvede even if they aren’t staff because editing the wiki is open to everyone.
What kind of people are you looking for to join Content?
Anyone can be brilliant but I always look for people who stay true to their application. It’s all very well to come off as the most dedicated person in the world when you’re applying but I’m so frustrated by people who apply saying “I really want to do well in the department, I won’t let you down” and then don’t do any work during their trial or resign two days in.
I also wish people would act cool and not be afraid to say what they feel, give feedback help improve stuff and actually try to talk to me – its not like I am rude or mean or anything! It would honestly make my job so much easier but I think newer users in particular are always a bit afraid of their managers which can be really restricting, actually. Then obviously I look for people who follow the rules and appreciate/respect what I have to say/how I like to run things. There’s a difference between giving feedback and refusing to follow rules.
Thanks Tommy! Is there anything else you’d like to add?
Yes: JOIN CONTENT! And please give me strength for my upcoming exams. Physics tomorrow

—————————————————
If you’d like to join the Content department, check out habbox.com/jobs now and use this article to help your application!

As this is part of the celebrations for Habbox’s 12th Birthday, the Articles department wants YOU to get involved and tell us your own answers to these questions! Click here to go to HabboxForum.com and post your answers before 23:59 BST on Sunday 28th June to be in with a chance of winning a month of VIP and receive a +rep from myself.
Answers posted before then will also be compiled into one large interview posted on Habbox.com just in time for Habbox’s 12th Birthday on 1st July!

Following The Roast of Justin Bieber on Comedy Central, this is the slightly lesser-known (but infinitely cooler) Roast of Habbox Co-Owner xxMATTGxx! If you have any questions you’ve always wanted to ask (or even any you thought of just a second ago), now is the time to finally get some answers!

The Articles department needs your questions to ask Matt in an interview celebrating Habbox’s 12th Birthday! Click here to for more information and to find out how to submit your questions.

Please note: we won’t be literally roasting any co-owners

For keeping our values up to date with hundreds of updates every month!