Welcome to the February edition of Music Monthly! Brought to you each month by Plebings.

In these articles I quickly go through what I think about some of the most noticeable albums released during the previous month. I’ve also included ANTI, as last month I said I wouldn’t review it until it came out on Spotify. You’re next Kanye if you want to get a move on. Click ‘Read More and Comment’ to check out all of the reviews! 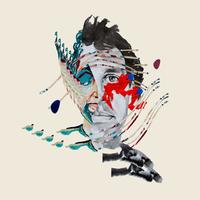 Comments: How the mighty have fallen! When your career is based on continuously evolving your sound, it must be difficult when the world catches up. Painting With sticks with a traditional album structure, all songs 3-4 minutes long and with the same goofy, kitchen sink sound. AC’s strength used to be in their songs’ twists, turns and builds. The songs on Painting show their full hand 30 seconds in, leaving the rest of the album going nowhere. 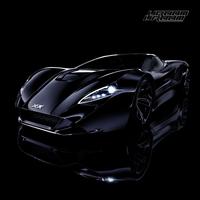 Highlights (at a push): Secret (Shh)

Comments: I hate PC Music. For anyone wondering what that is, its basically a piss take of manufactured 90s pop, featuring chipmunk vocals. It might go off in da clerb, but I’m at home in front of a fire, and it’s a headache. 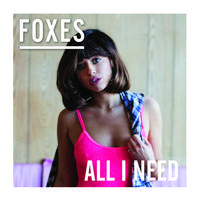 Foxes – All I Need

Highlights: Money, If You Leave Me Now

Comments: All I Need is a gamble, which is surprising since it sounds so safe. It’s like a Pick ‘n’ Mix of Jess Glynn piano pop and Radio 2 playlists. It all kind of blends together into some summery Mid-tempo mesh. All I Need shines when it shakes things up, either from moving your feet or pulling your heartstrings.

Comments: BBC Sound of.. winner Jack Garratt is talented for sure, production, vocals, playing instruments, it all sounds good (without mastering one). Phase is the sound of Ed Sheeran without his earnest, with a good dose of James Blake. It isn’t for me, but I can admire it at least. Also minus points for the cheesiest song of the year with Surprise Yourself, my eyeballs were literally doing laps with all the eye rolls.

Comments: Take this with a slab of salt, because I’m far from knowing when it comes to rap. I appreciate the extravagence that Ryan brings to the table, most of these song’s instrumentals are kept in a classy, lavish production, be it whether they go for fun or sombre. My main issue comes from Macklemore. He can rap, and he can write a cohesive story, but his self-awareness on these tracks is all over the place. Song for song, it’s fine, but as a package it gets contradictory fast. The album ends on White Privilege II, a song that seems so set on showcasing both sides that you don’t get an idea of what Macklemore actually wants. It’s hard to tell who Macklemore actually is when he’s being pulled from both parties. It’s quite sad really, but it’s hard to sympathise for someone who a couple of tracks before attempts to start a Dance Off (Dance off is awful by the way, it’s like LMFAO doing a Thriller parody) 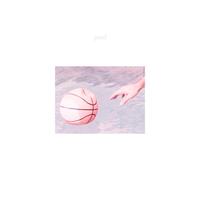 Highlights: Even The Shadow, Be Apart

Comments: I’m a sucker for melodic indie-pop, and Need Your Light has it in spades. They’ve toned down the electronics this time round, and re-introduced the strings. It sounds like a satisfying mix of Passion Pit and Vampire Weekend, no doubt due to (ex) VW’s Rostam helping on production.

Highlights: Kiss It Better, Needed Me

Comments: Rihanna gets weird, kind of. I’ll give it props for being one of her more interesting albums, but sometimes experiments shouldn’t see the light of day. Also, ending the album on 4 ballads? No-one is here for that (I quite like Higher though). 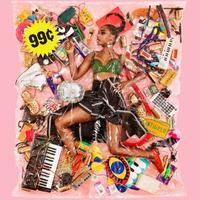 Highlights: Banshee, Who I Thought You Were

Comments: I’ve always admired Santi’s ability to create using so many different genres, here there’s R&B, new wave, lofi, all filtered through a prism of pop, it’s a impressive mix, but unmistakenably pop. Despite this, it takes a while for the melodies to unravel, and the album is a bit of a slog to get through; It does boast some great tracks though. 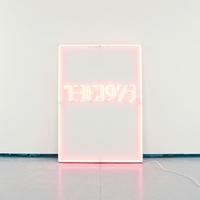 Highlights: The Sound, Lostmyhead, Someone Else

Comments: Time to eat humble pie I guess. I gave this band a lot of crap prior and their debut I wasn’t keen on, but hearing The Sound got me excited (Let’s ignore the Duran Duran pastiche of Love Me). ‘I like…’ is a beautiful listen, it’s filled with soaring shoegaze guitars, choirs and strings that create something that truly feels epic. Really my only complaint is that it’s bookended with a rocky start and a forgetful finish. The album is a pleasant reminder that pop music can be epic, it can be filled with grand ideas and despite all it’s imperfections, the journey is a memorable one.

Wild Nothing – Life of Pause

Highlights: Life of Pause, Whenever I

Comments: Dream pop is music to get lost in, so it’s crucial that the main melody is something that can grow, isn’t overbearing and most of all, isn’t boring. Life of Pause has it’s moments, the infectious synth on the title track, the island sounds of the opener, and the wonderful downbeat Whenever I. Sadly the album just doesn’t hold me attention enough in other places to truly enjoy it.

– It was award season this month! I was very disappointed by the Grammys’ selections, but what can you do. While Taylor’s 1989 was a good album, seeing it beat Kendrick’s To Pimp A Butterfly left many with a sour taste including me.
– Gwen Stefani released a new single and has announced another solo album that will be released in March, Make Me Like You is incredibly catchy.
– Fifth Harmony release Work From Home, a catchy little number. Video is also worth watching if you fancy men (aka 90% of Habbox)
– Zayn got to #1, song is still just alright. Prefer the subtlety of the Bieb’s latest compared to this.
– Kanye west does lots of things including release an “album”, not heard a single note because I ain’t getting Tidal, poor me.

– Zayn Malik releases his debut this month (25th)
– Gwen Stefani returns after a long solo hiatus, looking forward to this! (18th)
– Kendrick Lamar recently released some outtakes from TPAB.
– Lapsley released her debut on XL, home to Adele, sounds very similar too – been enjoying this one.
– Department M releases his debut album too, been waiting on this for the last FOUR years. (18th)

I agree! 😀 Thank you Alex for putting so much time into this! 🙂