A 7.2 magnitude earthquake has hit Turkey causing many fatal injuries and deaths! 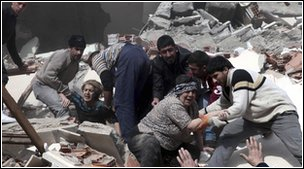 The earthquake hit north-east of the city of Van and a news agency reporting from there has stated that at least 50 people were severely injured. There has also been some strong aftershocks hitting the country, not helping the damage already done. It is not yet clear how many people exactly are injured & have been killed because the prime ministers office has said there definitely are damage and deaths, but no firm figure yet. However, officials have said the death figure could be between 500 and 1,000.

The prime minister also said that it was hard to judge the damage due to a surge of calls from panicked people, which has jammed the telephone services.

Help has already reached the country, with shelters being set up and aid being provided for those who need it.