HabboxStarz is BACK and it's a royal bash! Listen back to all the entries and a huge congrats to our winner, LC22! 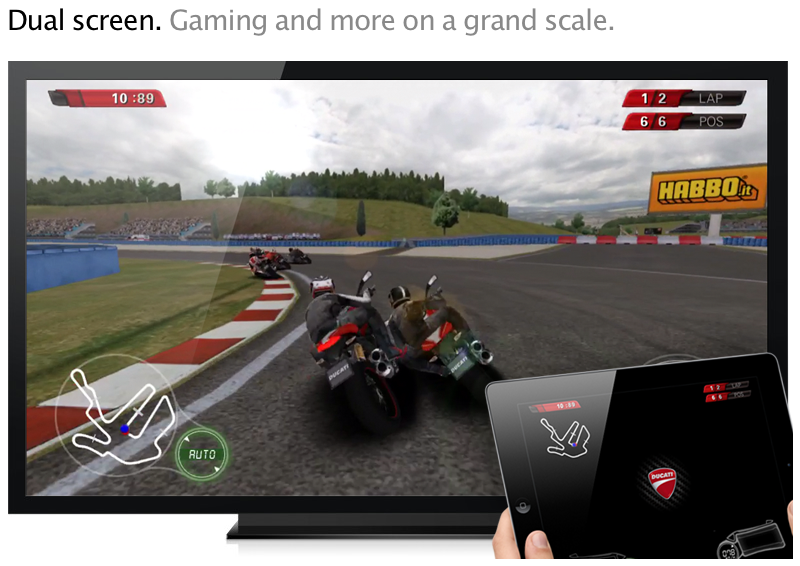 Before starting the article, Habbox would like to emphasise the fact that Sulake is not collaborating with Apple in any way. The game featuring the Habbo.it billboard is not related to Apple, and developed by Digital Tales. The game in the picture features the new Apple TV, which you can link to your Apple iPad, iPod, iPhone or Mac to display your games.

The system works like a Nintendo DS: one screen has controls whilst the other shows key information. It seems Sulake has paid to appear in Ducati Challenge HD, much like businesses do in real races.Sulake’s Fansite representative Jason mentioned specifically that “Sulake are not cooperating with Apple and have no plans to start in the near future”. We don’t think Sulake and Apple are not friendly, more that they have contact.

It is pure chance that the Habbo billboard was in the one tiny screenshot of one game out of a possible 500,000 in the Apple App Store (which happens to be the oldest mobile device store around). It’s great accidental publicity, however!

What do you think? Did you manage to spot the sneaky advert hidden in the game? Or were you a little less attentive? Leave your thoughts below!