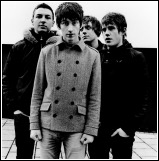 Arctic Monkeys have continued to surprise us and amaze us with their new and brilliant singles, lucky for us they have come back again to release, ‘The Hellcat Spangled Shalalala‘, which is the second single from Arctic Monkeys‘ new album ‘Suck It And See‘. Unfortunately the album won’t be released until August 15th, so make sure you’ve got your money saved!

The ‘Don’t Sit Down ’cause I’ve Moved Your Chair‘ rockers performed tracks from their latest album ‘Suck it and See‘ as well as their biggest hits as part of the free series of concerts at London’s Roundhouse venue last night. Walking on stage to Hot Chocolate’s ‘You Sexy Thing‘, the four piece group opened with the new track ‘Library Pictures‘, before moving on to their biggest and greatest singles from the album ‘Whatever People Say I Am, That’s What I’m Not‘, which was released in 2006.

Lead singer Alex Turner engaged with the crowd throughout the performance, but after playing new track ‘She’s Thunderstorms‘ he said: “That was from the new album. And we’ll have some from that later, but now,” before launching into ‘Teddy Picker‘ from their second album ‘Whatever People Say I am, that’s What I’m Not‘. The crowd was amazed.

So if you want to view this amazing video for ‘The Hellcat Spangled Shalalala‘ all you have to do is click here! Apparently it’s their best video yet. Also click here to listen to ‘When The Sun Goes Down‘ live at T in the Park.