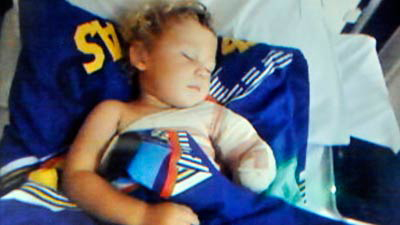 A three year old child has lost his arm after opening the door to an active washing machine, which failed to stop. The boy, who had been helping his 24 year old mother Rachel load up the washing machine, and his mother said she was in the living room when she heard a loud scream coming from the child.

She found her son Lewis covered in blood and his arm inside the washing machine. When he opened the door it had failed to automatically stop, which rises serious safety concerns all around for washing machines. The machine has been taken away for investigation by the Trading Standards Investigators who will evaluate the safety of the brand of washing machines.

Unfortunately, Lewis’s arm which was torn just below the shoulder could not be saved. Lewis will have to undergo further surgery and then will be fitted with a prosthetic arm.

Local friends, family and the local police offers have raised money for Lewis to go on a trip to Disneyland with his mother Rachel.

Such a tragic story for poor Lewis, and a serious concern for the safety of washing machines. Share with us your comments by clicking Read More and Comment.