Chinese scientists claim that they’ve discovered a new bat-winged dinosaur species that may lead to more conclusions that birds could in fact be the descendants of the dinosaurs! 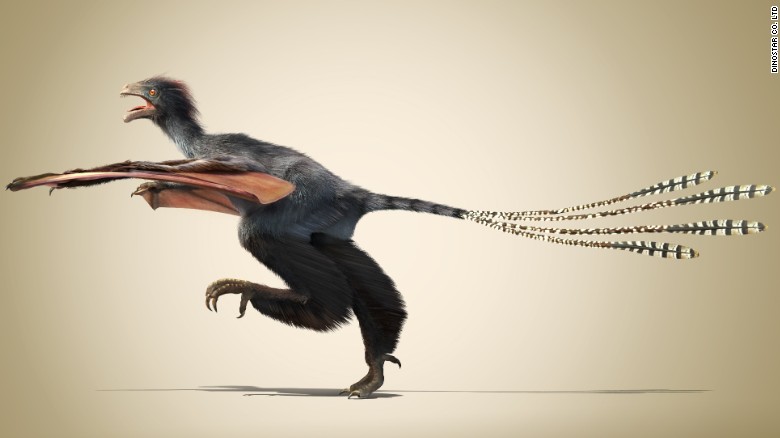 Based on a specimen discovered in China’s Hebei province a decade ago, scientists estimate that this creature prevailed around 160 million years ago, which is actually quite recent in terms of evolution according to a paper that was published around a week ago, named Nature. It is said that this creature weighed about 230 grams and was 63 centimeters in length.

Xu Xing, a paleontologist with China’s Institute of Vertebrate Paleontology and Paleoanthropology, said that this dinosaur was one of the first to show some capacity for flight, even though it was not very successful. That is because its wings were made of membranes, not feathers. It didn’t get a chance to become the birds that we see today.

Xu said that even though the dinosaur had wings, it’s unclear whether it was able to flap them and most likely moved through the air by gliding. Scientists mentioned that their next step would be to gather fossils based on the same species to contemplate on the possibly that they might have been able to flap and fly through the air. “We have more funding for paleontological expeditions,” he said, “So now there are more expeditions in this country than 30 years ago, which means you can find more fossils.”

How do you think that technological advancements will  help uncover some of our fossils? Please tell us below!