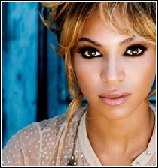 One of the most famous pop stars in world has just released the video for the brand new single that she has released, ‘Best Thing I Never Had‘. Who else could this be apart from the amazing and beautiful Beyoncé!

Her latest album, 4 is currently the #1 album in America, making it her fourth incredible solo album to reach that placement in the charts, and making her only the third artist in history to have his or her first four studio albums debut atop the Billboard album chart. Having picked up a copy of the album The Guardian is calling Beyoncé’s “most accomplished album yet,” and the New York Times cites as good example of her being what we all know her to be: “relentlessly perfect”.

The video is basically about a story and what happens after the prom when the high school sweetheart who broke your heart turns out to be the best thing you never had. You move on and find true happiness. Beyoncé does an amazing job playing the lead and the story really reflects on it’s viewers. Her voice is absolutely beautiful and it’s one of those songs that will be in your head all day! If you want to take a look at this phenomenal video, just click right here!