Breaking News is unfolding this morning, as It has been revealed by her publicist that American singer and actress Whitney Houston has died at the age of 48. 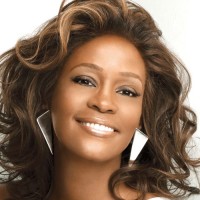 Famous for her amazing voice and acting capabilities, Whitney was the queen of pop and has had a very successful career. She starred in hit film ‘The Bodyguard’, and has performed well known hits such as ‘I will always love you’ and ‘Where do broken hearts go.’ With such a powerful, stunning voice she has sold millions and millions of records world wide and from the 1980s to the late 1990s, she was regarded as one of the world’s best-selling artists.

During the past few years, the star has been in the press for her use of drugs and erratic behaviour. The exact cause of her death is still unknown at this moment in time, as is the location. At such a young age it really is such a shame that a legend has passed away so unexpectedly and suddenly. It will be a huge shock to her fans and supporters and of course a huge loss to the music industry in general.

Personally, I can recall growing up in the late 1990’s listening to Whitney’s music and thinking what a spectacular voice she had. The Bodyguard is also one of my favourite films. I am really shocked by the news of her death and I hope that this legend does indeed rest in peace.

Are you shocked by this news? Do feel free to leave your comments below.