It's been a bumper year for Habbox and now the time is here to vote for your favourites of 2020. Cast your votes now!

The teachers’ strikes planned for the 30th of June, next Thursday, may risk losing the respect of the government. 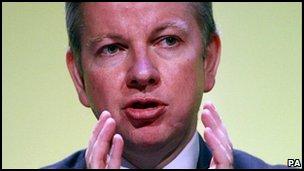 Michael Gove, pictured right, is the Secretary of Education for the UK, and he states that the public have a “low tolerance” for professional strikes, and he is practically begging parents and friends to volunteer to teach to keep schools open. He also claims ministers are trying new methods to deal with strikes, to lower public inconvenience.
These teachers are among 750,000 public sector workers campaigning for higher pensions once they retire.

The National Union of Teachers and the Association of Teachers and Lecturers are the two parties involved, and they make up a majority of teachers in many schools. Some schools will be shut completely, as the amount of teachers striking would prove such a difficulty it wouldn’t be worth it. The government are planning to increase the retirement age and pay more now to reduce pensions, but the unions would prefer to keep their current pay and have a rise in pensions instead.

According to Gove, the strikes are too early, because government official are already negotiating with the union leaders, and he suggests the premature strikes will only worsen the situation, making the government more stubborn. Teachers and professors in Britain are regarded as less important than in other countries such as France, Germany and the US, and therefore strikes seem more abrupt and shocking.

What do you think? Is Michael right, and teachers should hold off for a while? Or would you want a higher pension, but less pay now?