Nearly a year ago Michelina Lewandowska was brutally attacked with a stun gun by Marcin Kasprzac and then buried alive in a cardboard box. She managed 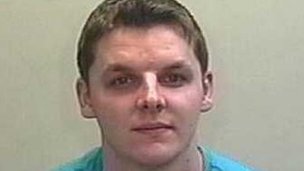 to survive and it is said that her sheer determination to see her children again saw her through the terrifying experience.

After nearly a year of waiting, the case was heard at a crown court today and a ruling was made in Michelina’s favour. The judge sentanced two men that were involved in the event, charging one with kidnapping and the other with attempted murder. One of the men, Patryk Borys is only 18 years old and he recieved a four and a half year sentance in a young offenders institute after admitting to carrying a prohibited weapon, but was cleared of attempted murder. The other offender was not so lucky. Today Marcin recieved a sentance of 20 years in prison for attempted murder.

Do you think that the sentances are fair? Maybe you think they are too soft or too harsh. We would love to hear your views.
Simply click Read More and comment to share your views.