More records smashed today, as the mercury keeps on rising! 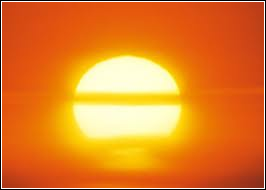 The previous September 29th record was 27.8C from York in 1895 and was beaten yesterday by a 28.8C temperature, recorded in Kew Gardens (Beating a 116 year old record is quite an achievement!)

If you compare tomorrows predicted temperatures in the United Kingdom to other countries in Europe, The UK is going to be slightly hotter! The expected temperature in Ibiza and Malta tomorrow will be 25C whereas Madrid, Berlin, Nice and Milan are all expected to reach 26C. In the UK some places may reach the 30C mark, bypassing most temperatures in European countries and beating the record for the highest temperature on a day in October, Which currently stands at 29.4C from Cambridgeshire in 1985.

However the heat has caused slight problems. Network rail have been placing temporary speed restrictions due to the rails on the tracks being incredibly hot, many people have been suffering from heatstroke and nature has bloomed again! Plants have been confused by the cold summer and the hot autumn so they have bloomed again thinking it’s spring. There’s even sunflowers in full bloom in parts of Scotland!

There have also been rumours that we could be expecting snow at the end of October. Meteorologists (Researchers who study the weather) are unsure whether it will snow in late October or not, but there is a possibility it could happen!

Are you enjoying the autumn heatwave? Do you wish it was snow instead? Or maybe..you want rain?! Whatever your view is, click ‘Read More & Comment’ to share it…now!