That's right - the 14th Annual Habbox Summer Spectacular is finally here! Click here to find out everything you need to know about this huge tournament.

You can earn points at our events, by listening to the radio, entering comps and campaigns and so much more! Click here to see what's coming up next...

Find out how to join a team for the Habbox Summer Spectacular here! Will you be a Pirate, a Greek, a Cowboy or a Viking?

Franck Hueso is a synthwave musician from Poitiers, France known as Carpenter Brut. With two albums already under his belt, he’s currently touring Europe according to his Facebook page. 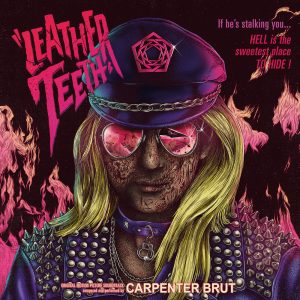 His second album Leather Teeth which I’ll be talking about is pretty much an action movie for the ears. A fast-paced, lore-filled, action movie soundtrack full of amazing tracks. Starting with a title screen with the song “Leather Teeth” and ending with the “End Titles”. The music itself. Aside from “Cheerleader Effect” and “Beware The Beast” most of the tracks are purely instrumental as most synthwave albums are.

Concept wise is up to the listener, as most movie soundtracks are the music is there to set the mood of the scene you are watching. So the movie this soundtrack is to is completely up to you and your imagination. And I absolutely LOVE that about Carpenter Brut’s music. So if you are into synthwave, 80’s movies, or action flicks then this album is for you! I highly recommend it for anyone who is into synthwave or just getting into the genre.