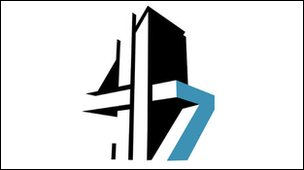 A brand new channel created by Channel 4 has been named “4seven” and will be arriving shortly with promises of repeats from the most popular TV shows of the previous 7 days. It will be the very first channel to schedule TV programmes (repeated episodes) based on popularity from blogs and social networking sites and will allow the public to request what shows they’d like to see. Best of all… it’s not “watch online” only! This has been described as a “revolution” in the world of entertainment television.
This new channel will be Channel 4’s first new channel since 2005 when More4 was introduced and it is expected to be a big hit throughout the UK. The system works partially similar to that of music request channels, except that it will apply to entertainment themed programmes and will not be done via texting. The public and their opinions will be the main influences upon the schedule of the channel, however advertising and sponsorship will be likely to have some form of effect on the schedule as well.
David Abraham is the CEO of Channel 4 and he decided to comment about the future channel:
“Scheduled in close harmony with all our other channels, 4seven will be a powerful way of maximising the audience for the many hours of new Channel 4 programming we launch every week, as well as an opportunity to direct viewers back to Channel 4 to watch more. The launch of 4seven also supports our strategy of embracing the opportunities of connectivity, by exploring ways to deepen engagement with our viewers and expand the choices we can offer them.”
* There is no exact date for when the channel will be launched, but it is expected to be released in mid-summer.
If you have a comment for this story, post it by clicking “Read More & Comment!”