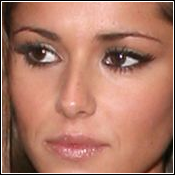 Solo artist and former Girls Aloud singer Cheryl Cole has had to pull out of her ‘comeback’ and charity fund raiser due to her being diagnosed with pharyngitis. Cheryl was booked and dated to perform a show stopping comeback since her last performance on the X Factor back in 2010 at the ‘Children in need Rocks Manchester event‘ on the 24th of November this year.

Due to falling ill with pharyngitis, Cheryl will be unable to sing, which sadly means she will not be able to perform. Cheryl Cole’s spokesman has said “Cheryl Cole has sadly had to pull out of a performance at CIN Rocks this week as she is suffering from pharyngitis.“

For those who don’t know what pharyngitis is, it is when you have a very sore throat and you find it very uncomfortable to swallow due to your pharynx and throat being inflamed/Swollen.

Other guest’s who will hopefully still be participating in the Children’s charity event are pop sensation ‘Lady Gaga’ and British Rock Band ‘Elbow’.

The event was organised by X-Factor judge Gary Barlow and he has added “‘We are watching this space at the moment because Cheryl has been ill over the weekend. So fingers crossed, it’s all going to be all right“. Now that Cheryl has dropped out of the gig, who shall take her place?

Cheryl has been using her time this year to record her up and coming 3rd Album. Tulisa Contaslavlos will also be performing on the night with ‘The Collective”

Who will be performing in Cheryl’s place? Let us know by posting a comment below!