If celibate homosexual men request to be bishops for the Church of England, they will not be dismissed! 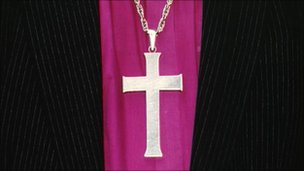 This means that openly gay, devout Christians may apply to be bishops for their local church. They must however be civilly partnered and fully celibate (without having sex before marriage or civil partnership) before they would ever be considered. Legal information may be posted as soon as tomorrow on the matter. This comes as no surprise to protestors and avid supporters of GBLT rights, as the Equality Act states there may be no discrimination of any form in regards to sexuality, particularly homosexuality.

Some people however believe that this will further the rift betweenn gay and straight Christians worldwide, as many predict that their same-sex attraction will affect their ability to serve the Church. Chris Sugden, a respected professional and supporter of the movement, says that “[if the bishop in question is] faithful to the teachings of the Church, it is unexceptionable.”  Another clergyman Rod Thomas says “If someone is gay by inclination but doesn’t engage in any sexual activity – then there is nothing to say that that is wrong.”, but he has hesitations on the subject too: “In the past, bishops have had no help whatsoever, and this is incredibly unlikely to change. People are offish towards homosexuality in Church.”

What do you think? Would you be annoyed if you were mistreated as a professional? Or do you think that gay bishops aren’t welcome in the Church?