You voted, and now here are the winners! Thank you to everyone who took part and everyone who joined in the celebrations!

Colonel Gadaffi’s will is published online for all to see… 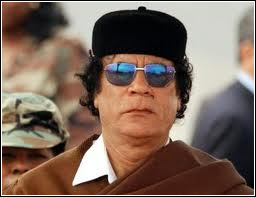 The will and testament of Colonel Gadaffi has been published on his website. The document was handed down to 3 of his relative, the first was killed, the second was arrested and the third was lucky enough to escape the fighting in Sirte. In the will, he urges Libyans to continue ‘fighting on’ and much more.

We have managed to find an accurate, English translation of the will and here it is;

“This is my will. I, Muammar bin Mohammad bin Abdussalam bi Humayd bin Abu Manyar bin Humayd bin Nayil al Fuhsi Gaddafi, do swear that there is no other God but Allah and that Mohammad is God’s Prophet, peace be upon him. I pledge that I will die as Muslim. Should I be killed, I would like to be buried, according to Muslim rituals, in the clothes I was wearing at the time of my death and my body unwashed, in the cemetery of Sirte, next to my family and relatives.

I would like that my family, especially women and children, be treated well after my death. The Libyan people should protect its identity, achievements, history and the honourable image of its ancestors and heroes. The Libyan people should not relinquish the sacrifices of the free and best people. I call on my supporters to continue the resistance, and fight any foreign aggressor against Libya, today, tomorrow and always.

Let the free people of the world know that we could have bargained over and sold out our cause in return for a personal secure and stable life. We received many offers to this effect but we chose to be at the vanguard of the confrontation as a badge of duty and honour. Even if we do not win immediately, we will give a lesson to future generations that choosing to protect the nation is an honour and selling it out is the greatest betrayal that history will remember forever despite the attempts of the others to tell you otherwise.”

This will has caused much controversy because many people have been arguing over the fact that it is ‘morally wrong’ to release a will for anyone to see – regardless of whose will it is. Still, many people have felt empowered by this will because he is urging Libyans to protect their country and aim to ‘do well’ in comparison to the world.