A new mobile phone app aimed to stop cyber-bullying has been launched! 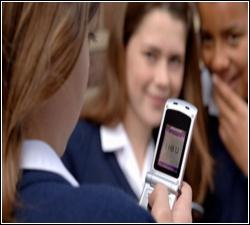 The app called Block’em was the idea of a woman called Helen Perry, who was cyber bullied as an adult.

Helen accompanied by  her friend Stephen  Anderson decided to create the app “Block’em” which blocks all calls and text messages from the specified number, so that the phone owner can keep the bullies number and then report it to their parent(s), their teacher(s) and the police.

The Block’em app is aimed at children aged 11-15 and it s also backed by the NSPCC. The Block’em also has a price of £1.79 and it can be downloaded from the Block’em website for personal use, immediately.

Block’em say that 70% of all profits made from the app’s purchases will be given to the children’s charity NSPCC, where they can continue to fund the charity’s activities and help young children who are being treated in a cruel manner, and abused by their relatives, guardians’ and minders.

According to the home offices British Crime Survey, Cyber bullying is more of a problem for girls than it is for boys, and 1 in 10 girls claim to have been bullied via email too.