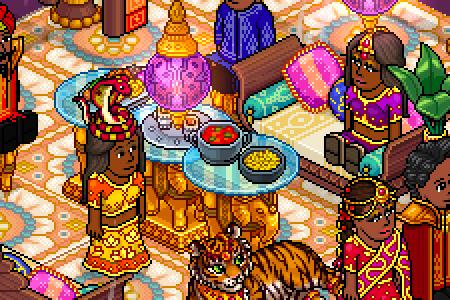 Females have been represented in the gaming industry for many years, but during the mid 80’s something BIG happened.

A good number of new female characters were not the old trope of damsels in distress with a hero to save them, they become strong and independent and this list is about them.

This list is of cause my personal opinion, if you disagree let me know your list in the comments! Otherwise just sit back, click read more, and let us begin. Watch out for spoilers in some of these, obviously. 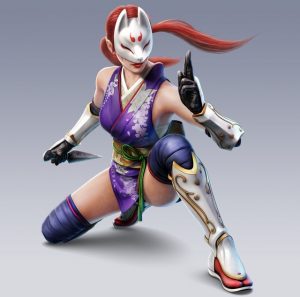 There are a few females from this fighting series i could had picked but the reason I got Kunimitsu is mostly the story behind her character.

Kunimitsu was once a member of the notorious thief clan Manji, however she was banished from the clan after she got caught stealing from them for her own benefit. Years later she entered the Tekken Iron Fist tournament to steal a pendant from Michelle Chang. After failing, her grandfather tells her about the precious sword that has gone in generations to the Yoshimitsu (leader) of the Manji Clan, and she since has been to every tournament to try and steal this sword from its current owner.

Despite her failing attempts Kunimitsu gains a spot on my list for her dedication and extremely dangerous fighting style, that puts her up among some of the strongest in the series. 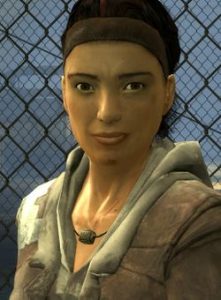 Alyx is the daughter of Dr. Eli Vance, after the failed experiments in the first game Alyx joins the resistance against the alien race.

In the game she is not playable, but she helps you out more than any other character and is indispensable at some parts of the game.

Alyx gains a spot on my list for being a strong woman not afraid to lead and for being bad-ass with any weapon at her disposal. 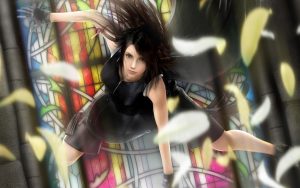 Do not judge her for her sexy outfit, this woman can beat up any man with her fierce punches.

Tifa is a close childhood friend of the protagonist of the game, Cloud Strife. She convinces him to join the eco-terrorist organisation AVALANCHE to keep a close eye on him after she discovers his personality change. I will not spoil the whole game as it is long and needs to be a player experience but she fights many battles alongside Cloud and destroys enemies with her hard hitting punches.

Tifa gets a spot on my list for being a strong independent leader, who can fight better than a lot of her male counterparts in the game. 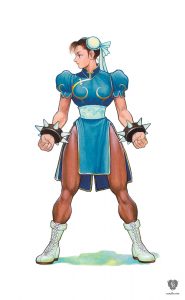 After her father’s death, Chun Li is seeking revenge from the dictator M. Bison.

She is a Chinese expert martial artist and Interpol officer. She is mostly known for her hard kicks and fight for justice.

She earns a spot on this list for being the first female in a fighting game, and for her constant striving to rid the world from evil and make it a better place.

6. Zelda/Sheik (The Legend of Zelda: Ocarina Of Time)

***Spoilers if you have not played the game.***

This mysterious woman assists Link on his journey throughout the game. She is strong and persistent enough to disguise herself to escape capture from Ganon so she could meet up with Link to give him information and teach him songs to progress through the game.

She gains a spot on my list because this is a prime example of a strong woman, she does not want to stand behind and wait to be rescued.

Instead she escapes her kidnapper to aid her “hero” along his way. 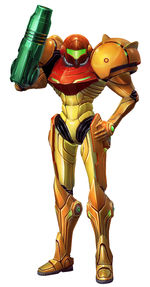 As a ex-soldier of the Galactic Federation turned bounty hunter, Samus is the protagonist of the Metroid game series.

She fight aliens, monsters and robots with her power-suit, and the reveal of her being female at the end of the first game is iconic – specially for 1986.

She gains a spot on this list for being one of the very first strong females in video game history, and for her epic reveal at the end of the first game. 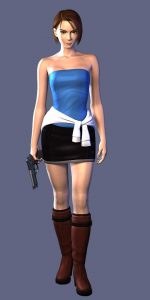 Shooting zombies in the brain is a hobby for this young military brunette.

She has appeared in more games than any other character in the franchise and is always just as bad-ass if not more than her male counterparts.

The reason she had made this list is due to her being one of the original characters from the first game in ’96 and even though they tried replacing her, the fans always wanted her back in the series. 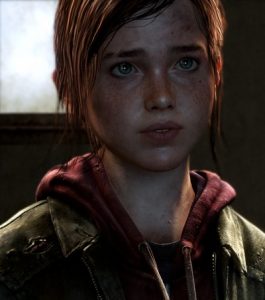 How many teenage girls do you know that can shoot an arrow through a zombie skull? Ellie is one of the only ones I know, as a 13 year old she had to assist her friend Riley during the zombie apocalypse.

Losing her mother at birth Ellie suits herself well to be the mature independent teenager that she grows up to be. At the orphanage she went to she meets her friend Riley, and together they starts a rebellion with Joel to fight the zombie apocalypse and save the survivors.

The reason why Ellie is on this list is due to her maturity at a young age. You get to see her and Riley grow and I am really excited for the sequal that is said to be released in 2019. 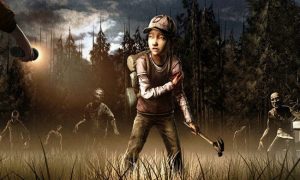 The quick eye might have caught that I said Ellie was only one of the zombie killing teenagers I could think of.

To be perfectly honest we actually follow Clementine as a bad-ass zombie killer from the age of 8, taught by her caretaker Lee.

She is very mature and intelligent for her age and during the series we see her grow stronger from being very scared in the first game as an 8 year old, to become a strong teenager at the age of 13 years old during the last game that was released.

Clementine earns her spot on the list for being the youngest female protagonist in action gaming history, and for showing so much growth throughout the games. I am excited to be playing the last game in the series, of which episode 1 is set to be released 14th of August this year. 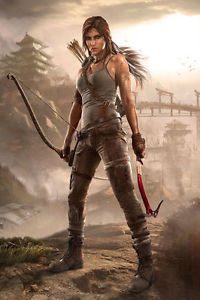 Was this a surprise?

Lara Croft has been the defining image of a female protagonist since her first game in 1996.

She is a young adventurer who discovers ancient tombs and artifacts across the world. The series has 12 main series games with a 13th coming out in September, 3 live-action movies based on the games and 4 theme park rides.

Lara Croft earns the top spot on my list for being the biggest role model to girls of all ages knowing that it is possible to make it far as a woman. She is elegant and beautiful but also a strong leader who is not dependent of any help, you go girl!