Our Summer Spectacular fast approacheth! Could you lead a team to victory? Leader apps now open!

Check out our newly rebuilt guide section, and become a true Habbo master of building, wired, events and more!

I did this last year and thought it was fun! So, once again this year you’re a getting a top 10 albums of the year article from me!

It has been a great year for music but what was my favourite album of the year? Sit back, click read more, and find out. 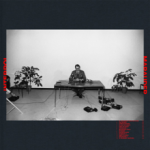 This is kind of a controversial pick because this album was not well received critically, however I really enjoyed it. Any fan of Interpol knows their standard, and even though their sound has not changed a lot with this new album it is still the sound I fell in love with when I heard of them over 10 years ago.

The reason this places so low on the list is because the album really isn’t anything special – it’s great as a fan but there really is not a lot that makes it stand out.

If you are into indie rock you should definitely give the album a try.

If you like this album you should listen to: Turn On The Bright Lights, Antics.

Best song on the album: The Rover.

9. Christine And The Queens – Chris. 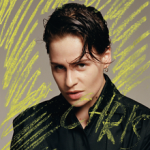 It is not a secret that I am not a big fan of pop music, but this album really spoke more and more to me the more I listened to it.

The first  2 tracks on the album are co-produced by American funk genius Dám-Funk who worked with big names like Snoop Dogg and Ice Cube, and this really shows as the music has his catchy funky sound.

This album is a big step up from Christine’s debut in my opinion and I hope to hear more from her in the near future.

The lyrical themes of the album are focused on her independence, and the stereotyping of women in the music industry.

If you liked this you should also listen to: Chaleur Humaine.

Best song on the album: Girlfriend. 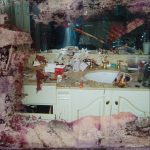 Kanye West shone through with his production this year. Combined with Pusha T‘s smooth rapping they really make a great duo.

I have been a fan of both for many years and it does not seem like either are showing any sign of being worse with their age.

Pusha once again welcomes us into the life of a drug dealer, and his fantastic storytelling really makes the songs like a audio novel.

The Drake diss track “The Story of Adidon” that came out as a teaser for the album was really a surprise for me. It came out of the blue and Drake’s parental skills are still discussed between fans today half a year after the release of the diss track.

If you liked this album you should also listen to: Wrath Of Caine, Clipse – Lord Willin.

Best song on the album: Infrared. 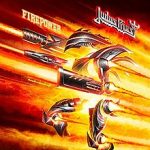 I cant think of any singer who aged as gracefully as Rob Halford.

20 albums later, the 67 year-old metal god still hits the high notes he did 49 years ago!

The album is probably the most kick-ass album I have heard this year, and it truly stands as evidence that metal never dies.

If you liked this album you should also listen to: British Steel, Painkiller.

Best song on the album: Never The Heroes. 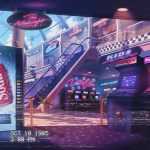 This album is truly a tribute the the 80s.

From the synthesizers to the arcade references, it gives you the feeling of truly being inside a computer game or early sci-fi movie.

The album really reminded me of the original Tron movie from ’82. It starts with statements about computers and science spoken over a smooth synthesizer instrumental.

Every single song on the album has its own personality and shines as its own.

If you liked this album you should also listen to: Endless summer. 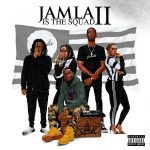 9th Wonder is the uncrowned king when it comes to hip-hop producers in the underground.

In 2008 he made his own record label called Jamla with handpicked rappers, singers, and producers.

This album is the best of the best from that record label with guest appearances from legends like Kendrick Lamar, Busta Rhymes, and Black Thought.

This album is perfection to the fullest, skilled rappers like Pharoahe Monch and Rapsody, soulful producers like 9th Wonder and Erick G, and melodic singers like Heather Victoria.

If you liked this album you should also listen to: Jamla is the Squad.

Best song on the album: Actual Proof – Need To Exist. 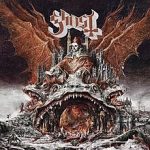 The Swedish hard rock band did it again.

Each song on this album told a story to me and the instrumentals help paint the full picture of the stories.

Since I first heard the singles “Rats” and “Dance Macabre” I knew this album was going to be amazing.

I was very close to putting it higher but it does have its flaws, specifically the song “Pro Memoria” which does not fit with the rest of the album. The lyrics feel extremely awkward, which kind of ruins the album in my opinion.

If you liked this album you should also listen to: Meliora. 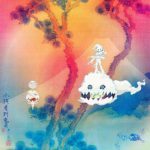 This album is on the same level as some of Kanye‘s best albums in my opinion.

The production on the project is some next level stuff. First time I heard the album I was confused what I was even listening to because it takes a few listens to enjoy a album like this.

I mentioned Pusha T‘s album further up but to me this Kanye project is much superior, Kid Cudi‘s melodic singing has always suited Kanye’s beats and every time the 2 made a feature I secretly wished for an album like this.

Each song takes you through so many emotions, I don’t think I can find one single flaw on the album!

If you liked this album you should listen to: Kanye West – Dark Twisted Fantasy, Kid Cudi – Man On The Moon.

Best song on the album: Reborn.

2. Panic! At The Disco – Pray For The Wicked!. (Hxl Manager Hannah’s favourite!) 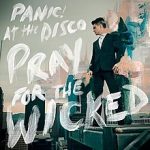 This is by no means your average Panic! At The Disco album, this album is way more theatrical than anything the band ever released.

The trumpets and saxophones really dominate the whole album and in my opinion it really suits the band.

If you would like a more detailed review of the album I did one for UN – click here to read it!

Well I’ve been a long time supporter of them and this album is so different from their previous ones. Each song is different from the last and it’s probably the one album where I’ve enjoyed every single song! Definitely a firm favourite. I’ve even bought the CD and I never buy them!

If you like this album you should also listen to: A Fever You Can’t Sweat Out. 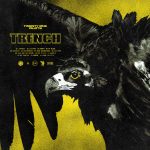 This album has been on repeat since the release date. I was never really a big Twenty One Pilots fan, however this album has turned me.

It is nothing like anything I ever heard before – a 14 track album with no fillers or bad songs! I cant remember the last time I have heard that.

The songs transition smoothly between each other, which makes it sound like a full project instead of a random pick of songs.

If anyone would ever ask me to explain what genre this album was I would never be able to explain because it jumps between genres. This to me is almost impossible to do without damaging the mood of the album but somehow they achieved it with this album.

If you liked this album you should also listen to: Vessel, Blurryface.

Base song on the album: Chlorine.

Remember this list is my personal opinion, it has nothing to do with any billboard charts or anything else!

Do you agree on my list? Did I miss a album? Do you disagree? Let me know in the comments, and let’s all hope for a 2019 with a lot of great music.