I’m a girl. I love to play video games. I know the amount of girl gamers have increased over the years, I mean some girls prefer make up, gossip mags 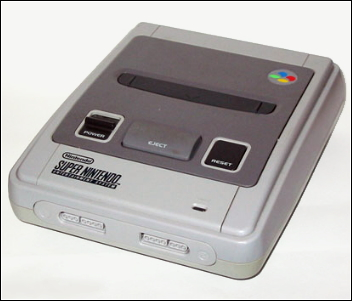 and high heels whereas, I prefer games, trainers and being my natural self. I don’t know if I’ve always been a gamer, from what I can remember I used to play on my game boy color a lot on ‘The Tweenies’ and ‘Scooby Doo’ not to mention ‘Bugs bunny, tweety pie and even Pokemon!’ I enjoyed those days, life was so much simpler. Now life has got more difficult with College to keep up with and I sometimes have urges to play games on the various consoles I have, my favourite being the SNES it’s retro but I love it. I have memories of that because my Dad used to play it whilst I was in my Mother’s belly (for the younger generation I will say the Stork just brought me.) and whenever I heard the ever famous Mario music I used to give my Mother a good bruising (kicking)! I’m also quite sad as after the recent name deletion I tried the account name SNES and to my dismay it didn’t work, however, a God send must have occurred as the day later I tried again and managed to get it, a good day I must admit. Anyhow, back onto the games!

I have had many consoles other the years as mentioned in the previous paragraph, I still own them all regardless if they work or not, from Playstations, to Gameboys, Ds’s and even Xboxs I love any kind of console really! I guess, as I have aged my taste in games hasn’t really differed very much I still play the games I used to years ago, or near enough, and I always have an urge to play them again at some point. Maybe it’s because they are retro to me, who knows?

My first, let’s say ‘obsession’ was Sim games I love, love, loved them and still do on an odd occasion. My favourite will always be the original for Playstation2 and I will always play that I am sure. I think the series of games over the years have deteriorated majorly, I liked them when there was another free will to go around, you could move with the player or just move around the screen and Sims 2 ruined that for me. I did like making my Sim look like an alien version of Carol Vordeman however, but still it didn’t please me as much as the previous version. Also, now that they don’t to the never versions of the series on the Playstation2 seriously puts me off as I have Sims 3 on the DSi and I dislike it so much! What are your views on the Sims? Drop me a comment below!

Next time I will be discussing Pokemon and various other games!