Can you believe Wired is only 11 years old?? Are you an expert or a noob? Find out how to wire with our guides. 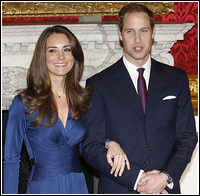 Sons and daughters of any future UK monarch will now have equal right to the throne, after Commonwealth leaders agreed to change the succession laws.

The leaders of 16 commonwealth countries where the Queen is head of state approved the changes today in Perth, Australia.

In the old succession laws, going back more than 300 years, the heir to the throne is the first-born son of the monarch. Only when there are no sons born does the crown pass to the eldest daughter.

Also linking to this story is that it was announced that the ban on a Monarch being married to a Roman Catholic has been lifted.

On scrapping the ban on future monarchs marrying Roman Catholics, David Cameron said: ‘Let me be clear, the monarch must be in communion with the Church of England because he or she is the head of that Church. But it is simply wrong they should be denied the chance to marry a Catholic if they wish to do so. After all, they are quite free to marry someone of any other faith.”

What do you think of these recent changes to the Monarchy and it’s laws, are you pleased about them?