Whilst we all know and love it as the fun virtual game, where we can interact with thousands of others and have a fun time, there is also a darker side of Habbo. Statistics recently released has shown Habbo to be the second most phished brand on the web for the month of December. What’s even more shocking is that it was placed ahead of many financial institutions and card companies such as VISA and Master Card. 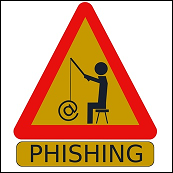 Further news on such attacks developed a couple of days ago, where two separate cases of cyber crime (on Habbo) in Finland were being taken to court. One was in Pori, where the defendant who was under 18 at the time managed to phish a whopping 358 users. Whilst the other case is situated in Turku, where two men, who too were under 18 at the time of the crimes, were accused of stealing furniture and spreading malware on Habbo. The court is widely believed to find them guilty. This may send a clear warning to other cyber criminals, particularly those operating within Habbo that Sulake is attempting to crack down and treating such issues very seriously.

Also, if you thought that after reading this article you may get attacked, don’t worry despite the amount of attacks, Habbo still has a high level of security, which means that quite a lot of attacks never get through to affect you. It also helps if you have a level head on your shoulders! Click ‘read more’ to let us know your views!