A vaccine which can help protect against lung cancer seems promising! 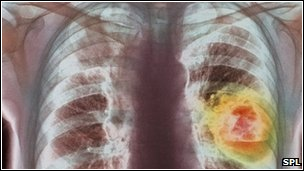 The new vaccine will trigger the immune system to attack against the most common form of lung cancer, and has shown promise. The vaccine has currently been tested on 148 patients and it showed that it slowed down the progression of cancerous cells – however, its effect on overall survival was limited and further trials will be needed.

Cancer Research UK, is not yet backing the trial because further progress is needed and many questions are still unanswered.

It looks like the battle between cancer is slowly depleting – prostate cancer, breast cancer, cervical cancer and pancreatic cancer are currently being tested on with new vaccines.