Join the team
DJLoading...
Now playing:
Loading...
...
Jack The Ripper Unmasked?0
By Habbox Archives - Posted 4th July, 2015 at 9:22 pm
On this day 123 years ago, Jack the Ripper claimed his first victim. But who was this serial killer? E-fit finally puts a face to Carl Feigenbaum, a key suspect from Germany. 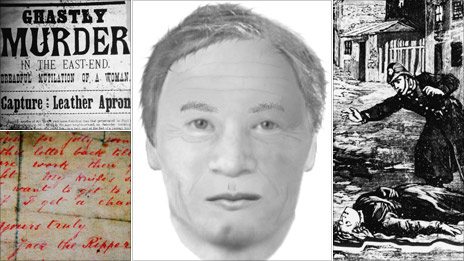 Jack the Ripper is one of the world’s most famous murderers, and is known today as “Jack the Ripper”, as the identity of the man who brutally murdered five women in London’s East End in autumn 1888 remains unknown.

More than 200 suspects have been named. But to “Jack the Ripper” expert Trevor Marriott, a former murder squad detective, German merchant Carl Feigenbaum is one  of the top suspects. No photos of Feigenbaum exist. So Marriott has produced this new e-fit, created from the description on the admittance form when he was in prison, in New York.

Convicted of murdering his landlady in Manhattan, Feigenbaum died in the electric chair in New York’s Sing Sing prison in 1894. His lawyer suspected him of the Ripper murders too.

Why does Marriott think Feigenbaum is Jack the Ripper?

It has been assumed that ‘Jack’ must have had anatomical knowledge because of the skill with which his victims’ organs were removed. But it’s possible these were cut out in the mortuary, rather than by Jack at the scene. The 1832 Anatomy Act made it legal for medical staff to remove organs for training purposes, and for further testing.This theory is supported by documents on the fourth victim, Catherine Eddowes. The inquest report shows only 14 minutes passed from the time the police did their last sweep of the square in which she was killed and her body being discovered. 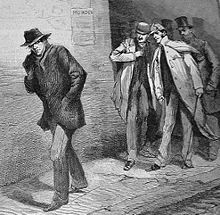 He began to investigate other groups who might have been in the area. St Katharine and the London Docks are a short walk from Whitechapel, a place merchant seamen would have flocked to as it was an infamous red light district. Because they were so close, it would have made it easy for the killer to steal back to his ship unnoticed.
The gaps between the murders also suggest the killer may have been a traveller.

This theory fits with other facts, too. Although some suggest the killer was a resident of Whitechapel. But it is thought and predicted that locals have given him up to the police? Especially after a hefty reward was offered. After further research, he came across records which showed that a German vessel group, had a ship called the Reiher docked at the time of the murders.

When Marriott investigated the seamen aboard this ship, he came across the suspect, Feigenbaum.

So what are your views? Could he be responsible for all the murders? Feel free to comment below!