The famous singer Jessie J has been receiving death threats 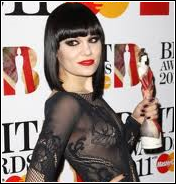 Singing star Jessie J says that people are so incensed by her music that they have been sending her death threats. She said that as well as lots of insults, she is now the victim of threats. The twenty three year old singer told Q magazine that people have said that they want to kill her and her family.
People have also said that they hope she gets throat cancer and HIV at the same time. Jessie J has also said that she has been insulted by her looks, saying that she looks like a ‘drag queen’.
The Brit-Award winning singer, who won the Critics Choice award in February said that because of an ‘OK’ gesture she made with her hand in her ‘Price Tag’ video, internet rumors started saying that she was a devil worshipper. The gesture apparently is the sign for 666 which is the sign of the devil, but it really was just her saying OK.
Jessie J is teetotal and has to avoid caffeine because of health problems she has suffered from since childhood. She has turned down lucrative deals with drinks companies, because she says she is not someone who has ever done anything for money.