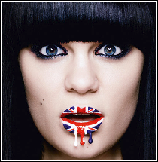 Check out iTunes on the 22nd August as the release of “Who’s Laughing Now” will be hitting the charts! The new single from chart topping, Brit award winning artist Jessie J is ready to hit number one again. In just a few short months Jessie has sold an an amazing amount of 500,000 copies off her platinum selling album, which hasn’t left the UK top 10 since it’s release over fifteen weeks ago. Her last single released, “Nobody’s Perfect” saw Jessie own her third place on the top 10 UK, while Price Tag has added up to an amazing 97 millions views on YouTube!

“Who’s Laughing Now” is loaded with Jessie’s brilliant powerhouse vocals and a killer pop chorus but on closer listen the lyrics tell a more personal story, entering into Jessie’s childhood memories of playground bullying and not fitting in. Full with an inspiring message this track is set to be popular this summer!

Despite a serious foot injury, Jessie is determined to power on through the summer with major UK festival appearances at Glastonbury, V Festival Oxegen and T in the Park to name a few. “Who’s Laughing Now” promises to keep Jessie J at the top level British pop music and proudly inspiring UK music around the globe.