Habboxween competitions are here! An easy way to make points, make sure to enter them all... OR ELSE!

It's down to YOU to solve this one! Get your best paranormal detective gear together, because it's time for... WEIRDER STUFF

Katy Perry has released another corker of a song. 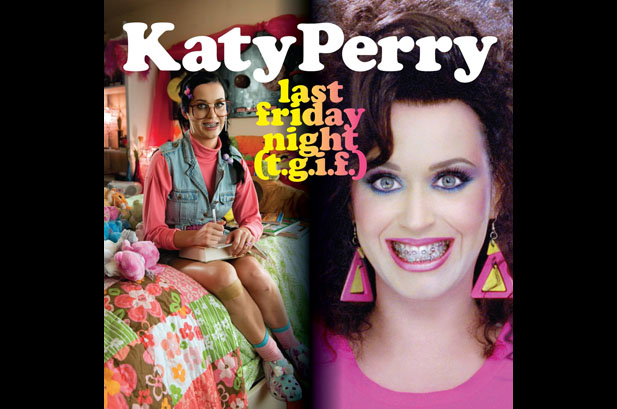 The song title is Last Friday Night (T.G.I.F). The TGIF is an internet acronym standing in place to Thank God It’s Friday! As is pretty obvious, the song is centered around Friday night. There are cameo appearances from Kevin McHale and Darren Criss, both Glee actors, the infamous Rebecca Black, most known for her tribute to Fridays, with the ear-splitting Friday, 80s actor and singer Corey Feldman and Debbie Gibson, and even the renowned saxophonist Kenny G. However, in the song, only Katy features, along with a seconds-long saxophone solo from Uncle Kenny, his character name.

Since the 11th of June, the video has 8.9 million views, astonishingly many for an internet video. The single was officially released yesterday, met with a warm reception from music critics. The title is a reference to a 70s film, which led the way in a new generation of films. This cleverly fits in with the song E.T, another blockbuster. These are the only two songs from the album of this style, which is a shame…

In the US, the song was released on the 6th, but failed miserably in the charts there, peaking at 63. It had much success in other countries, such as Australia (number 6) and New Zealand (number 8). However, it was number 4 for multiple weeks in the US Hot Dance Club Songs. In the UK, it had a meager 101st place, for just one week. I personally find this result appalling, and I would put it in the top 10 just for this week!

If you need the link, it’s http://www.youtube.com/user/KatyPerryVEVO#p/u/4/KlyXNRrsk4A. This link is a VEVO official video, so no copyright issues can be enforced by me.

Do you like the song? Is the video as good as you’d expect from Katy Perry? Or are you like much of the western world, against it?