A couple from Cambridgeshire have won over £101 million! 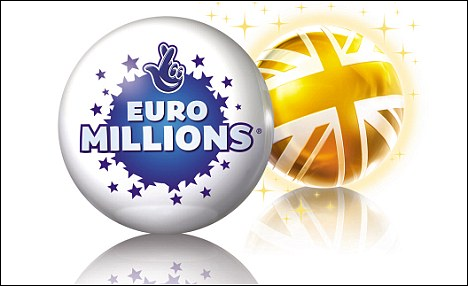 Dave and Angela Dawes have revealed to the public that they have won £101,203,600.70 on the Euromillions lottery draw. They have only entered the lottery twice before making the saying ‘third time lucky’ very ironic. This is the 3rd biggest jackpot win in UK history and it even makes them richer than some celebrities! According to several ‘rich lists’ Gwyneth Paltrow and Chris Martin are worth £48 million, Sharon and Ozzy Osbourne are worth £95 million and the couple have managed to beat David Bowie, who is worth £100 million. According to statistics, this huge lottery win means the couple are now the 702nd richest people in Britain! That’s quite impressive considering there’s 62 million people in Britain.

Dave Dawes who is 47 and works as a shift supervisor said he wanted to buy a season ticket to watch Chelsea FC. He also said: “I’m not worried about getting a box – I want to stand with the real fans and watch my team play. I’d also love to live near the ground and have Frank Lampard come over for a cup of tea.”

The couple have been together for 4 years and will continue their plan to get married in Portugal next year and Ms Dawes has already changed her surname to her partners surname. She also said “It’s an excessive amount of money but we intend to make our friends and family millionaires.” She also mentioned that she had broken the news to family members who were “gobsmacked and amazed”. The winning numbers were 18, 26, 34, 38 and 42 and the ‘Lucky Star’ numbers were 5 and 8.

Also just as a small note – in July this year, Colin and Chris Weir from Ayrshire won a record European lottery prize of £161m!!!

So, it looks like they will have enough money for 20 lifetimes! Hmm, maybe they could lend us “some” money…

What would you do if you won £101 million? Do you know/have met these lucky people? Or do you think the lottery is a waste of time? Share your view now by clicking ‘Read More & Comment’!