Madonna is incredibly keen to release her new single! 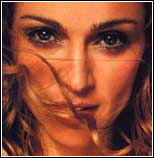 Madonna will be talking full advantage of next Sunday’s ‘Super Bowl’, as she will be releasing her new single – the first single from the album ‘MDNA’.
The new single ‘Give me all your luvin’ will feature ‘M.I.A.’ and popstar ‘Nicki Minaj’ & was produced by Madonna & ‘Martin Solveig’. The official video for the new single will be football themed to match Madonna’s ‘Super Bowl’ appearance and will be debuted this Thursday night on American idol!

The new album ‘MDNA’ has brought Madonna back with William Orbit who helped co-write and co-produce the album. Other producers of the album include Martin Solveig, The Demolition Crew, Marco ‘Benny’ Benassi, Alessandro ‘Alle’ Benassi, Hardy ‘Indiigo’, Muanza and Michael Malih.

Also, for anyone wishing to get their hands on a remix of the new single, one has been produced and will be available to purchase via iTunes for 4 days only – from this Friday to Monday!

Some of Madonna’s most famous hits include ‘Vogue’, ‘Hung up’, ‘Express yourself’ and ‘4 minutes’. She has also won a golden globe for her song ‘Masterpiece’.