Loading...
Loading...
...
Mandela for the Money!0
By Habbox Archives - Posted 4th July, 2015 at 9:33 pm
South Africa are planning to release a set of commemorative banknotes to celebrate their first black President, 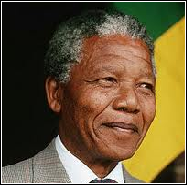 Mandela, now 93 (a full decade older than Bruce Forsyth, and just as active!) was jailed for 27 years for campaigning against Apartheid, the regime separating whites and blacks in the countries from 1948 to 1994. He spent nearly 5 years as President until the age of 80, a hard task for anyone, let alone to run a country!

Over 4 decades, he has won approximately 250 awards, including the 1993 Nobel Prize for Peace, awarded only to the highest of the high, including Barack Obama! Incumbent President Jacob Zuma is commissioning the banknotes out of ‘deep gratitude‘ and that they are just a ‘humble gesture‘ from South Africa for his work.

Due to his age, Mandela has resigned from public outings, keeping a quiet personal life at nearly a century old. At the central bank of Pretoria, administrative capital of South Africa, Zuma gave some words “With this humble gesture, we are expressing our deep gratitude as the South African people, to a life spent in service of the people of this country and in the cause of humanity worldwide.” No date has been set for the release of the notes, but production is underway so it can be assumed that they won’t be unveiled until the end of the year.

What do you think? Will you be spending some of these banknotes in your local South African shops? Or will you have to watch from afar? Leave your thoughts below!