A concert held as part of a tribute for music legend ‘Michael Jackson’ has been a huge success! 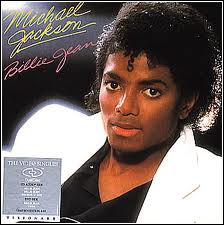 The show had apparently sold out all 50,000 tickets available as 1,000 tickets were being sold per. hour yesterday which is staggering compared to a slow upbuild of tickets throughout the past weeks. Michael Jackson’s 3 children also turned out to the event and were welcomed with a wave of applause and cheers from the audience and so did some of his family members who made an appearance. MJ’s sister performed at the show (the first time she has performed in over 2 decades) and said to viewers afterwards “There will never be another magical moment such as this to celebrate Michael with his fans to perpetuate the importance of his legacy.”

Many famous performers showed up and performed at the concert, with big names such as Christina Aguilera, Leona Lewis and boy band JLS. Beyonce also performed for the concert via video link and was proudly introduced by MJ’s 3 children. It was also the 1st time for quite a while where Beyonce has performed with her former band ‘Destiny’s Child’, she also styled her hair into an afro in memory of MJ.

However, not all of the Jackson family were backing the concert, two other siblings, Jermaine and Randy Jackson, said the concert was “inappropriate” and “ill-timed” because it was held during the criminal trial of Conrad Murray (the person charged with the death of Michael Jackson) and Janet Jackson failed to make an appearance at the show.

So, overall the event was a huge success! Many people were able to pay their respects to MJ and celebrate the music he created for everyone to enjoy. From Habbox we’d like to say R.I.P MJ, a true music legend!

Did you get into the concert? Do you wish to post a special message? What do you think of MJ’s music? Share your opinion now by clicking ‘Read More & Comment’!