Even more T4 stars of 2011 have been announced and there will be a lot of familiar faces! 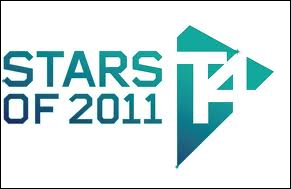 We can reveal that famous stars Pixie Lott, Dappy, Example, Ed Sheeran and the cast of The Only Way Is Essex will be joining the current line up for T4 stars of 2011. The huge event will be held on Sunday the 11th of December at Earl’s court and guess what? Tickets are already on sale! Channel 4 strongly recommend purchasing your tickets now because they are expected to sell out quite early – if you wish to purchase tickets visit www.channel4.com/t4.

If you thought the celebrities ended there, then you’re wrong! Jessie J, The Wanted, Wretch 32 and Professor Green have already been announced to perform and the cast of ‘Made in Chelsea’ and ‘Hollyoaks’ will be making a guest appearance – and with even more acts being announced in coming weeks, there’ll be even more excitement for you to experience!

Aside from the main stage, there will also be a second stage for exclusive performances, a search for a new model and many other attractions including areas where you can get up close and personal to your favourite popstars!

Many people have already been very keen to attend this event and some TV presenters are incredibly interested. Current T4 presenter ‘George Okell’ said; “We called it T4 Stars for a reason and we’ve got them coming out of our ears! What better way to get ready for Christmas than to come and party with us? If you’re loving the line-up, get yourself a ticket and come on down.”

If you’re thinking “Omg, I can’t attend that event, I’m too busy” then don’t cry just yet! For those who cannot visit Earl’s Court on that day, the show will be broadcasted live on Channel4 and 4music.

It looks like it’s going to be a fairly exciting event! On the day of the event we can guarante it will be ‘all about tonight’.

Will you be attending the T4 event? Which other singers would you like to see attending? Have you met any famous celebrities before? Share your view now by clicking ‘Read More & Comment’.