Nearly half of the abuse claims against teachers in England are unsubstantiated, unfounded or untrue! 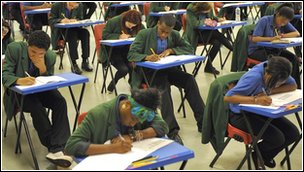 According to a survey led by the Department of Education, only 3% of investigations resulted in a criminal conviction or a conviction on the teacher. The survey  looked at the number and nature of abuse allegations which were referred to 116 English councils between April 1st 2009 and March 31st 2010.

About 18% of teachers and 29% of non-teaching staff were suspended while accusations were investigated. Then afterwards, based on information held by councils rather than the police, the survey found that 12% of the accused teachers and nearly a fifth of those non-teaching members of staff faced a criminal investigation.

The Schools Minister and the General Secretary of NASUWT (a teaching union) commented on these results;

Schools Minister, Nick Gibb –  “Every allegation of abuse must be taken seriously, but some children think they can make a false allegation without any thought to the consequences for the teacher concerned. When these allegations are later found to be malicious or unfounded, the damage is already done.We will back teachers as they seek to maintain discipline in schools and raise academic standards.” He also said the research justified the government’s plan to give teachers a legal right to anonymity when pupils made claims.

General Secretary of NASUWT, Chris Keates – “The government’s plans are a “small step in the right direction” but need to be expanded. In addition, it doesn’t address the issue of information being kept by police even when a teacher has been exonerated.”

What do you think of this shocking report? Share your view now by clicking ‘Read More & Comment’!