Milly Dowler, a schoolgirl kidnapped 9 years ago and murdered, had “useful information” inside her mobile phone which a News of the World 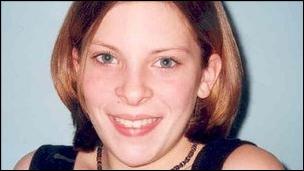 investigator hacked open when he couldn’t get the password.

The lawyer representing the family states that during the investigation by the newspaper News of the World, Glenn Mulclaire used an external company to hack into her mobile phone to look for information, which was proven controversial to the case. Fellow newspaper The Guardian state that the team hacking the mobile “intercepted messages left by relatives, and in some cases deleted them”, giving her family false hope she may still have been alive.

Mark Lewis, the lawyer hired for the family, said the hacking dated from the first year of her disappearance, 2002. At the time, Rebekah Brooks was Senior Editor, but has since moved to Chief Executive for the tabloid newspaper (one which focuses on real life stories, particularly celebrity life, for example the Sun).  He also claims “Sally and Bob Dowler have been through so much grief and trauma without further distressing revelations to them regarding the loss of their daughter. ”

“It is distress heaped upon tragedy to learn the News of the World have no humanity at such a terrible time. The fact that they were prepared to act in such a heinous way that could have jeopardized the police investigation and gave them false hope is despicable.” The British Police were the authorities who notified the Dowler family after they received reports from an unidentified source. Other personal items were targeted by the hackers too, specifically Sally and Bob’s mobile phones that were in the immediate area.

What do you think? Was the hacking alright because it helped the case? Or should they have left that poor girl’s phone alone, she had a passcode for a reason? Leave your comments below!

And whilst I’m here, PLEASE go to www.habboxforum.com and register if you haven’t! And take part in the community!