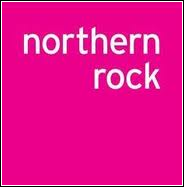 Previously government-controlled, Northern Rock has suffered extreme finanical problems, and has become a drain on government funds. Therefore, they have decided to sell the notorious bank for £747 million to Sir Richard Branson, owner of worldwide leaders in nearly every sector, Virgin.

In 2008 the company was nationalised, meaning that they could not financially look after themselves and needed administration from the government. Virgin Money, one of over 400 Virgin brands will absorb the bank to aid profits. Richard Branson, who created the Virgin Group in 1970 at the age of just 16.

However, that does not seem to sway expert opinions. BBC business editor Robert Peston claims that the taxpayer will be cost between £400 million and £650 million. This could be approximately £10 for every person in the UK, old, young and in between. According to reports there were cheers outside the Newcastle headquarters when employees heard the news regarding Virgin Money.

These unfortunate losses are surprising, considering that the government injected upwards of £1.4 billion when it was nationalised. Though there is hope for the government, as it is likely that they won’t just regain £747 million from selling the bank, but also a possible £280 million as well.

What do you think? Are you a Northern Rock customer and your assets are in danger? Or are you with a different provider? Leave your thoughts below!