Lagg. One of the fundamental issues around Habbo currently.  Most of us get lagg from time to time, but over the past month or so lagg has become more of a problem. The problem first started to affect users after UK, US, AUS, CA and SG hotels merged into .com. It is believed that the increased amount of users was the problem behind this. In August 2011 over 230 million habbos were registered to the Habbo sites, could this be the reason for increase of lagg?

More recently since the release of SnowStorm in early December a number of people have reported to have been experiencing increased amounts of
lagg, and multiple disconnections from the server. 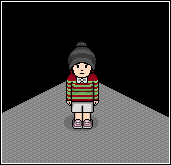 But what have Habbo really done about it? Lagg has been slowly increasing since 2010 but Habbo don’t seem to have done much about it. Personally I have seen a big difference in the amount of lagg since SnowStorm was released, and now newer features such as Snowboarding have only increased the amount of lagg and disconnections.

Obviously I am not alone in my opinion, so here are a few comments from members of the Habbo community on this issue:

Anon: – “The increased lagg has affected many users, such as those who play alot of habbo games such as football, bansai and freeze…”

AndyATW!: – “Habbo have got increased amount of people they should have more powerful servers to run all data we hardly lagged before the merge…”

Paige.: – “well, it’s very annoying- especially when i’m trying to run my shop and also when i’m making rooms and i frequently have to reload the hotel because it often makes me freeze.”

BamItsKristyy: – “Lagg is so annoying!!”

Remelkiid: – “i am an awfully busy person and do not have time to be putting up with inconvenient lagg…”

In conclusion to my article, I believe that sulake need to step up and try to improve the more obvious amounts of lagg within the Habbo client.

Do you have similar opinions on this? Or do you disagree? Leave a response!