It's been a bumper year for Habbox and now the time is here to vote for your favourites of 2020. Cast your votes now!

The Olympic tickets are officially being resold! 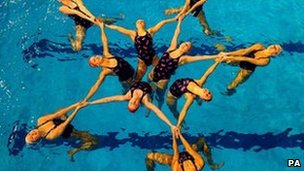 Next week, 2.3m Olympic event tickets are being resold on a “first come, first serve” basis. The ticket website will be reopened at 6AM on the 24th of June (that’s 11PM the previous night for PST and 4PM the same day on EST). According to the Olympic officials, 1.7m of these unreserved tickets are for football matches! Who’d have thought a football-central nation completely abandoned tickets to their own games!

There are available tickets to 310 events, 54 of which are finals, the deciding rounds to give the medals! But the first time round, almost 2/3 of people didn’t get the tickets they applied for, including Mayor of London Boris Johnson and the families of Tom Daley, Britain’s diving star and Bradley Wiggins, multiple gold-winning cyclist! Adversely, a 42 year old Stephen Hunt received all the tickets he wanted, valued at around £11,000!

The most popular events were the opening ceremony which had a whopping 2 million applicants, athletics, track cycling, swimming and artistic gymnastics! Typically, these are the most sought-after events in any competition, especially the Men’s 100m Final! There were a jaw-dropping 1 million ticket requests for the one event, totalling a gargantuan 62 applications for every seat!

The ticket sales close at 6PM on the 3rd of July, very little time to buy! Anyone who have already won tickets can go for even more a couple of weeks later, but the ticket pool is much smaller. According to the organisers Locog, between December and the opening ceremony, a further 1m tickets will be available, completing the £400m expected revenue from the sales.

Would you like a ticket, to which event? Is Stephen Hunt a greedy old man who needs to get out of those tickets? How much would you be willing to spend to get tickets?