Join the team!
DJLoading...
Now playing:
Loading...
...
One step closer to helping victims of cancer!0
By Habbox Archives - Posted 4th July, 2015 at 9:23 pm
A new drug which could aid patients with prostate cancer has successfully completed its trial! 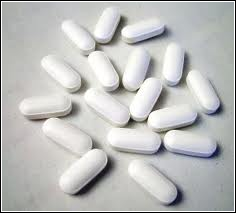 The new drug which accurately targets tumours related to prostate cancer has been found to help patients live longer , reduce pain and reduce side effects from prostate cancer. In fact, the drug was so successful in its trial, that the trial was stopped early! Doctors felt it was unethical to continue the trial because they had already seen how effective it was, and delaying the release of the drug would be unfair to patients who need it.
The new drug contains alpha particles, which create alpha radiation and destroy the genetic code inside cells. Alpha radiation has always been important in destroying cancer cells because of it’s strength compared to beta cells or gamma radiation. Also, alpha radiation has the smallest range so it creates less damage to the surrounding (healthier) tissue.
Here are some facts about prostate cancer:
. Each year in the UK about 36,000 men are diagnosed with prostate cancer; about 10,000 die from it
. In most cases, it is a slow-growing cancer and may never cause any symptoms or problems.
. Some men will have a fast growing cancer that needs treatment
. Worldwide, an estimated 913,000 men were diagnosed with prostate cancer in 2008, and more than two-thirds of cases are diagnosed in developed countries.
From the trial results, 922 people took part in the trial and a half (451) of the patients received the real drug, the other half received a ‘placebo’ (a fake drug – to ensure that the results aren’t purely psychological). The death rate was 30% lower in the patients that took the real drug and on average, the patients taking the placebo survived for 11 months whilst the patients taking the real drug survived for 14 months.
This looks like a significant step forward into the future of medicine!
Are you shocked by this news? Do you think more drugs will be discovered for complicated diseases? Share your view now by clicking ‘Read More & Comment’!