Puzzling results from CERN, have confused physicists – because it appears subatomic particles have achieved the impossible and exceeded the speed of light! 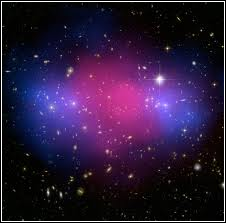 Neutrinos (A type of subatomic particle) sent underground from ‘CERN’ to the ‘Gran Sasso Laboratory’ 732km, showed up a billionth of a second quicker than the speed of light, which could potentially threat the last century of physics teachings and could affect the future of science! The group who have been doing research in this study have been trying to find all possible explanations for this, they have repeated the test over 15,000 times and have ensured nothing is faulty…so far everything seems to be accurate?!

The team of scientists have carried out these tests for over 3 years, and are still completely baffled by the results – so they have finally released them to the public for people (especially other scientists) to scrutinize.

If these results are 100% accurate then the ‘Consequences could be serious’ – affecting most of the knowledge learnt from physics for the last 100 years.

… Although, it would be pretty funky, to beat your own shadow!

Are you baffled by this startling discovery? Do you think we’ll be able to travel even faster in the future? Share your view now by clicking ‘Read More & Comment’!