Britney has been sparking rumours again! 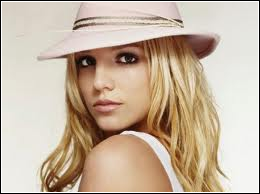 That’s right, Britney Spears is now surrounded by rumours, that she is engaged! She was spotted wearing a beautiful (and very big) engagement ring in London.

Britney has been married twice before. Her first marriage was in 2004 to her childhood friend ‘Jason Alexander’ , however the ‘vegas marriage’ matched the stereotype of ‘vegas wedding’s and the marriage was annulled just 55 hours later. Her second marriage was in 2004 as well, to American dancer Kevin Federline who she had only been dating for 3 months. Unfortunately they finalized their divorce in July 2007.

Jason Trawick, is the current man who she is dating, and the man who is at the centre of the engagement rumour.

However, if you just got excited, don’t keep your hopes up. A Spokes person / Representative for Britney claimed that they were not getting married and that Britney was simply wearing an attractive ring and has been spotted wearing it before marriage at the MTV VMA’s.

So no-one is quite so sure whether there is to be a marriage or not!

Would you love to see Britney married again? Do you think the rumours are true? Share your opinion now by clicking ‘Read more and Comment’.