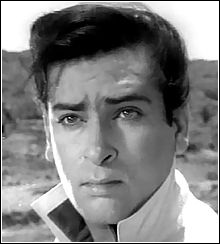 Often known by his nickname Shammi, he was a prominent figure appearing in over 100 films, many of them starring roles. He was admitted to hospital after several weeks of kidney disease at the ripe old age of 79. His father and brothers were also regarded as Indian TV and film stars. He was one of the most popular actors of his time, and starred in Junglee, An Evening in Paris and Kashmir Ki Kali.

“He had underwent dialysis for 6 to 7 years before but had developed complications.” A friend of the family Nikhil Gangavane said, who also helped out in running the official Shammi Kapoor Fan Club. This is a mechanical system of removing impurities and waste from the blood used for patients suffering kidney dysfunction and renal problems.

“[with his death] the flamboyance and joie de vivre of the film industry was lost.” Amitabh Bachchan.
“It is a terrible shock. Shammi Kapoor was a wonderful human being. He is eternal.” Saira Banu.
“He was one of the finest and strongest men I have ever known.” Karan Johar.

Our hearts and minds are with his family at this terrible time. RIP Shammi Kapoor…