A great white shark has killed a US man diving in Australia! 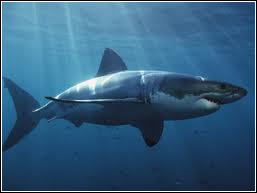 A US man living in Australia, has died after being attacked by a great white shark – the 2nd attack in only 12 days and the 4th fatal attack in just over a year. The diver has not yet been named, but it is known he was 32 and was killed whilst diving off the coast of Perth. Witnesses on the boat which he dived from, said they saw bubbles surfacing followed by the divers body which showed clear signs of a shark attack along with fatal injuries.

2 people on the boat described the shark as being 10ft long and definitely a great white shark.

This death follows a string of ‘shark related incidents’ across Australia;

– Bryn Martin, a 64-year-old business man, was last seen 350m from the shore of Cottesloe Beach on the 10th of October and his swimming trunks were later found on the sea floor, with damage similar to that of a shark attack.

– August last year, surfer Nicholas Edwards was killed at a popular surf break by a shark.