An Australian study has shown that self-harm is increasingly common in teenagers, and that 1 in 12 teens will self-harm. 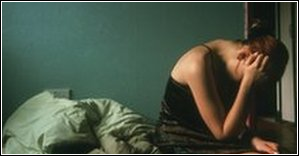 The findings will be effecting the issue of suicide in young adults because some ‘scary’ facts have been revealed;

1) Deaths by suicide are rising each year… especially in teenagers/young adults! 1 million people now commit suicide each year.
2) Researchers have established a link between self-harm and suicide. They reckon that out of 1 million people who commit suicide, 50%-60% have a history of self-harm.
3) Self-harm is one of the most common ‘factors’ which take place before suicide.

Researchers are using these facts to try and gain support for more people who currently self-harm & are at risk of self-harming/suicide.

Researchers also discovered that the main factors which are associated with self-harm are; anxiety, depression, heavy alcohol use, cigarette smoking and cannabis use.  They also found out that burning and self-cutting were the main methods of self-harm.

It was also announced that 90% of teenagers who self-harm will stop by the time they become an adult. However, Major Wallace, the chief executive of mental health charity ‘SANE’, said “The figures showing that 90% have stopped by the time they reach their twenties should not seduce us into thinking that self-harm is just a phase that young people will grow out of.”