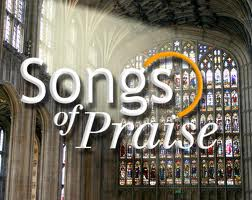 This Sunday’s episode of Songs of Praise was the 2,248th edition of the show and marked the 50th anniversary of the religious TV show after first being broadcasted in October 1961 from the Tabernacle Baptist Church in Cardiff. The famous TV show has had 201 presenters such as Delia Smith and David Bellamy, and the long-running show has visited over 1,800 churches chapels and cathedrals.

When Songs of Praise first arrived on our TV screens it was only meant to be broadcasted for 6 weeks but instead went on to become one of BBC’s flagship programmes for Sunday night television. The show has been hailed by many people such as the Archbishop of Canterbury (Dr. Rowan Williams) who announced it as being “One of the best known institutions in UK television’. Many other well-known people praised the long-running show including…

. Sir Cliff Richard: “Well to all of you on Songs Of Praise, I want to say happy birthday, 50 wonderful years, and I’m sure you realise how important you’ve become to so many people.”
.  Katherine Jenkins: “I thought the show would always last.”
.  Jimmy Tarbuck: “It’s a national institution.”
. June Brown:  “Songs Of Praise gives many people an opportunity to worship from their own homes, people who are sick, people who live a long way away.”

Songs of praise is not just popular with the celebrities, lots of members of the public ‘turn up’ in order to ‘take part’ in the TV show and have boosted ratings of the show. Many huge numbers have been recorded over the years that Songs of Praise has been broadcasting, here are some facts about Songs of Praise;

To mark the 50th anniversary many well-known singers performed at Alexandra Palace, such as LeAnn Rimes and Andrea Bocelli. We’re sure that Songs of Praise will continue to bring people enlightenment and enjoyment over many more decades, they might even reach 5,000 episodes in the future.

Do you tune in on Sunday nights to watch Songs of Praise? Or do you just find it fairly un-important? Whatever your view is, Share it now by clicking ‘Read More & Comment’.