The Lawrence family slept easier last night after their son’s killer was brought to justic after 18 years of upset. 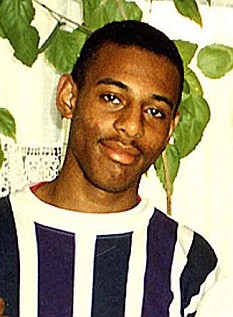 On a cold April day back in 1993, the Lawrence family woke up to what they thought would be a normal day. They could not have been more wrong. They were unaware that by the next day, a member of their family would be dead. Stephen Lawrence was killed on that day in a spiteful racist attack and the police arrested a number of suspects, but nothing could be proven. This led the family to have a 18 year wait before they would have justice.

Yesterday morning, after a trial, the killers of Stephen were sentenced to imprisonment with them receiving a combined total of a minimum of 29 years and 5 months in prison. These sentences are lighter than normally given, but the Judge’s hands were tied as they were still seen as juveniles when the crime was committed in the eyes of the law, so could only be sentenced to a juvenile length in prison.

The verdict, of course, only offers some consolation to the family of Stephen, and the judge said that he was not closing the matter, and asked police to continue the investigation of the murder. The others involved in the crime are still to be brought to justice.