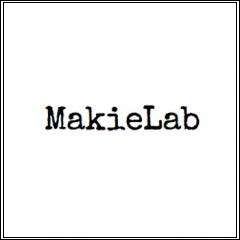 Makielab which was co-founded by Alice Taylor, Luke Petre, Jo Roach and Sulka Haro say they will be focusing on digital toys aswell as social and mobile games.

Alice Taylor was commissioning editor at Channel 4 Education for 3 years and is a well known person in the gaming industry.

Luke Petre has joined Makielab from Bitminion which is the developing business of social networking site Facebook, Petre has also worked on the Playstation gaming brand LittleBigPlanet.

At the moment Makielab aren’t releasing too much information about their up coming plans but Sulka posted on his blog:

“As you might or might not have heard, I’ve departed Sulake in favor of a new exciting startup – Makielab. Leaving Sulake was not easy. I worked there for over 10 years (10 years!!!!), so the company and Habbo will be part of me for the rest of my life. Having said that, it started to feel like it was time to let go, so here I am. Habbo is in good hands and there’s cool stuff in the pipeline to come out, so I’m confident the Hotel will live on for more than 10 years to come.

Makielab is still partly in secret mode and building the first product, but the site has a video clip that tells quite a bit on what we’re about. I’m super excited about the company, and very happy about the other founders – Alice, Jo and Luke are all awesome, and we’re planning to do beautiful, exciting things.“

Makielab claim that there first release will be “a dolls and action figures property, including games and customization tools”  which is set to be released in alpha in Q4 2011.  Makielab have also said that they aim to target the mobile game/app market too.

Thanks to Mathew for posting this on HabboxForum.