According to ‘Ofcom’, TalkTalk is now the most complained about service provider for broadband and landline services. 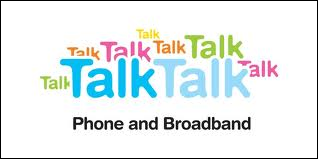 In April – June 2011, TalkTalk received the most negative responses from customers and Virgin Media attracted the least complaints. This is not the first time a report like this has been posted, Ofcom posted their first report on phone, mobile and broadband services last year in October and even then ‘TalkTalk’ was described as being ‘problematic’.

We can reveal that last year, TalkTalk incorrectly billed more than 65,000 customers for services they hadn’t received which led to over 1,000 complaints, placing TalkTalk at the top of the complaints list. This has not only attracted bad publicity to TalkTalk, They have also received a £3 million fine for the issues they have caused, which is the biggest fine ever given to a telecoms firm.

Here are some statistics about TalkTalk and its competitors:

However, Ofcom have said that ‘TalkTalk have improved since their last inspection”, so there may be hope left for TalkTalk.

Have you ever had issues with TalkTalk or other services? Do you think they should have been fined more? Share your view now by clicking ‘Read more & Comment’.