When were you born? Have you noticed the development in our technology? This article takes a look at how our world has really changed for the better, or in some people’s opinion, for the worse. What do you really know about the advancements in technology you use every day?

The “First Generation” computers were from 1940 to 1955. Computers were powered by vacuum tubes and used magnetic drums to store data and memory. Weird right?!

The vacuum controlled the electric current through a sealed container and the container was often made of thin transparent glass in a rough cylindrical shape.

There were so many problems with the first generation computers and they were way too expensive to run which made them very slow and incapable of doing a lot of things. Imagine living in those days, would you be able to cope?

In 1956, the second generation of computers came to life! Was it really that different to the First Generation?

The vacuum tubes were no longer the best for running a computer but instead a translator?! A translator to RUN A COMPUTER?!

The translator had a major influence on the development and was much more reliable than the first generation. It made the computers smaller, faster and cheaper to run. It still wasn’t perfect, far from perfect and nowhere near as perfect as our amazing technology today… but it was slowly getting there!!

The Present Day (Oh my god we finally got to our amazing technology you are sitting on right now reading this article :D!!)

Computers have a huge and dramatic impact on how we work and we now rely on technology every day to do almost everything. Does anyone write anything down on a bit of paper anymore or do they just tap it into their phones or computers?

My opinion is that I just love computers and I play them for about 101010 hours daily (not possible right?!) Enough of my boring opinions! 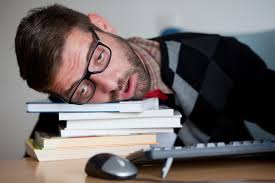 Have computers changed the world too much or do we need another computer advancement to make our technology even better?